Having performed sell-out runs at Edinburgh International Festival 2016 and Celtic Connections 2017, Wind Resistance returns to The Lyceum for a limited run, this time on the main stage.

Every autumn, two and a half thousand pink-footed geese fly from Greenland to winter at Fala Flow, a protected peatbog south-east of Edinburgh. From this windy plateau, writer and singer Karine Polwart surveys the surrounding landscape through history, song, birdlore and personal memoir. Ideas of sanctuary, maternity, goose skeins, Scottish football legend and medieval medicine all take flight, in this compelling combination of story and song. 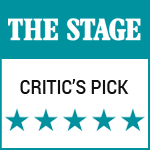 Wind Resistance is co-produced with Karine Polwart and was originally presented in association with Edinburgh International Festival, supported through the Scottish Government’s Edinburgh Festivals Expo Fund.

CONCESSIONS
Not available on Premium Seats: from £10

★★★★★
'a magical musical garden of earthly delights'
The Herald

★★★★★
'remarkable and beautiful'
The Scotsman

★★★★★
'It's an unforgettable, addictive piece from a performer that has you rapt at every word and note.'
The List